Measure moving targets with no blurring

Adoption of a high-intensity LED allows the reception time for light reaching the CMOS sensor to be kept to the absolute minimum. With a high-speed sampling rate of as little as 5.5 ms, high-accuracy measurement with no blurring is possible even with moving objects. Automatically corrects misalignments and tilt of the target which is directly linked to measurement errors. Can measure accurately even when positioning is difficult or objects are conveyed in random orientations. 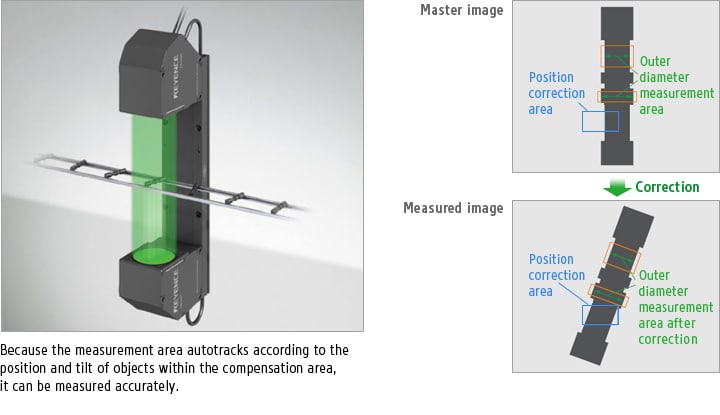 When installing the sensor head, a tilt of the master workpiece is horizontally/vertically corrected, which significantly reduces adjustment times. 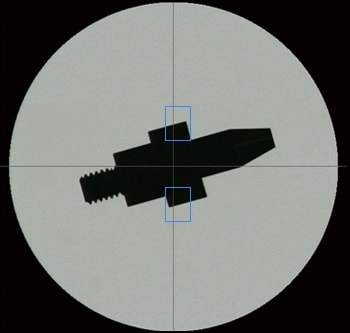 The image of the workpiece is tilted due to the sensor head which has not been installed at an appropriate angle. By means of the tilt correction function, the workpiece image is horizontally/vertically captured and accurately measured.