tcm:40-590212-64
Fully Operational with Expanded Resources Click for the latest on how KEYENCE is continuing to support our customers with quick delivery, off-site testing, virtual demos and more. 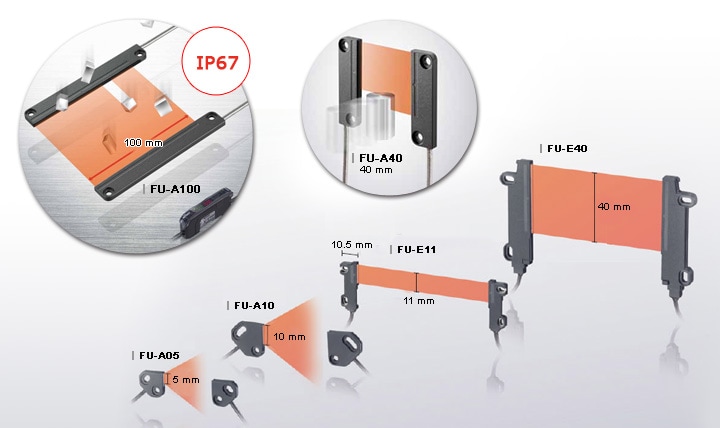 Created with emphasis on wide area detection. Rated IP67, it is sturdy and easy to use.

Protected by a die-cast metal case. The internal structure is filled with epoxy resin, therefore this unit is able to withstand cracks caused by impact or breakdown caused by the infiltration of liquid into the device.

The cable base unit (50 mm), uses a stainless-steel jacket. This protects the base unit, which takes on a load when the cable is winded. It is possible to install the device in a narrow space without worry.

* The illustration is only an example.

Similarities with an array fibre

Uses bundle fibre*1. Arranges 30 core fibres with a diameter of 0.25 mm. Because the light expands in a wide field, optical axis alignment can be performed with ease. 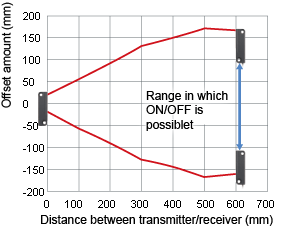 It is also possible to stably detect workpieces that vary in drop position. 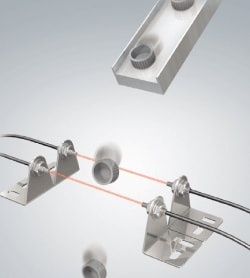 Multiple sensors are arranged and installed

By using 2 output amplifiers, it is possible to distinguish different workpiece types with a single unit. 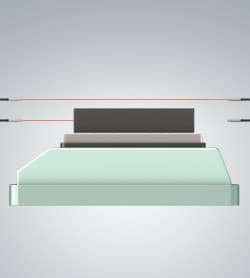 Sensors are installed for each individual product type 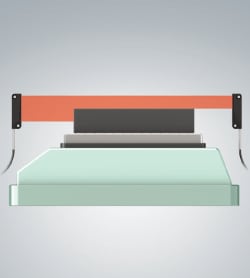 Output possible in response to the amount of blocked light

The raw fibre wires are arranged to form light into a band. Because the aperture angle is 60°, optical axis alignment is easy. Furthermore, because it features a waterproof and dust-proof structure, it has excellent environmental resistance.

When using a reflective type to detect small objects at short distances, the received light intensity will be more than that of an area type. Can detect with greater stability when detecting workpieces with vibration.

Reflective array type
1. When the FS-N10 Series is used.
2. R10 for the first 10 mm of cable from the housing.
3. The minimum detectable object was determined at the optimal detecting distance and sensitivity setting.

By housing the lens within the device, the light intensity distribution is equalised. As a result, with a thrubeam type, it is possible to detect minute changes in light intensity better than an array type.

Thrubeam area type
1. When the FS-N10 Series is used. The maximum detection distance is set at 3600 mm because the fibre length is 2 m on one side.

By housing the lens within the device, the light is formed into a band. As a result, the light spreads less than an array type.

Reflective area type
1. When the FS-N10 Series is used.
2. The minimum detectable object was determined at the optimal detecting distance and sensitivity setting. 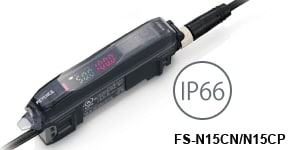 Best when used under tough conditions

The introduction of a waterproof-type fibreoptic amplifiers

Even more stable detection is possible with the FS-neo Serie

Functions that are useful when using a wide-range fibre 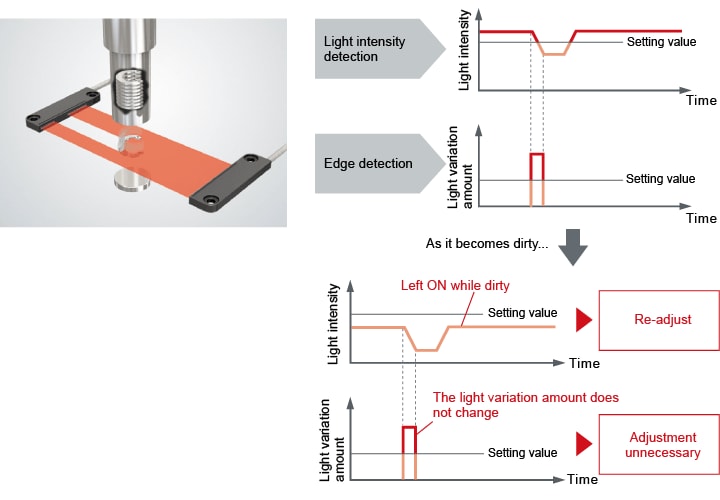